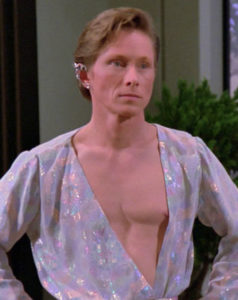 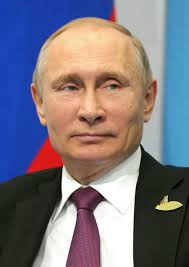 Martha: It’s HIM! This is why Putin hates America. It all makes sense now

Cindee: It already made sense. How does this make sense?

Martha: They cast him in Angel One. He wanted to be an actor all his life.

Cindee: Pretty sure he wanted to be a KGB agent. Also, Putin doesn’t speak English.

Martha: I’m not sure the actor ever talks…

Cindee: How old would you say that character is?

Martha: I guess I’d say they’re all around early 30s?

Martha: Damnit. The only flaw in my theory

Cindee: That also would have been a strange time to abandon his post, end of the Cold War and all. According to Wikipedia Putin was undercover in East Germany at the time of this episode

Martha: So… we don’t really know where he was. Nothing more undercover than moonlighting in Star Trek.

Cindee: So why did this episode lead him to hating the U.S. exactly?

Cindee: So therefore decade later, he rigs our election

Cindee: I don’t think Putin is really into women’s rights

Martha: Putin LIKED HUMANS until he was cast in this bullshit. And it CHANGED HIM.

Cindee: The episode convinced him to violate human rights because it did?

Martha: Yes. And move back to Russia. But the message of the episode was don’t violate human rights. And be bare chested.

Cindee: Also, the man was already a KGB officer, I don’t think he was ever a champion of human rights

Martha: No the episode violates my human right not to have seen this episode

Cindee: That guy has played other characters in Star Trek. Do you still claim it is Putin? 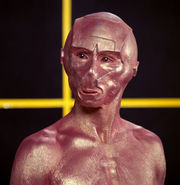 Cindee: One of the episodes aired in 2000. What was his motivation then?

Martha: YES. SO! He was drafted in to teach Janeway how to speak Russian in preparation for her role in Orange is the New Black. KABOOM. MIC DROP. 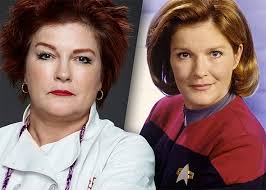 Cindee: Why would Putin help with that?

Cindee: The show is about how awful the Prison-Industrial-Complex is.

Martha: Putin didn’t know that he was just like “a Russian woman in prison?!” I must make her accent accurate’

Cindee: Why does he need to make her accent accurate? How does that serve his agenda?

Martha: To teach other Russians that America is bad

Cindee: You just claimed he didn’t know the show was about the Prison-Industrial-Complex

Cindee: So that’s your argument again? In that case, I just want to conclude this conversation by saying it was really nice knowing you.