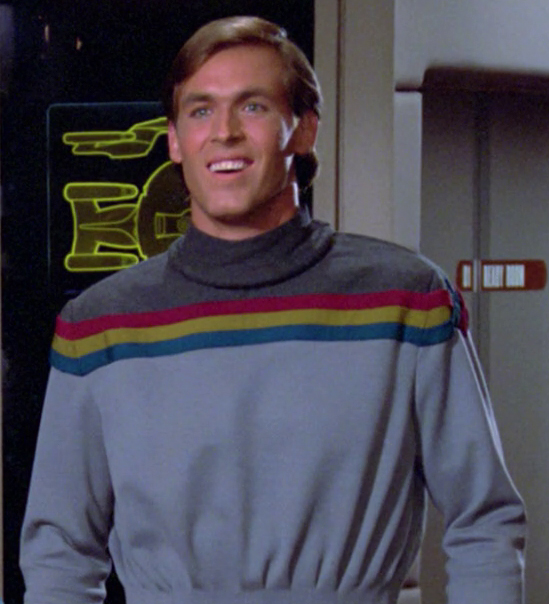 Martha: Hi. We’ve been incredibly inconsistent with this prime directive stuff so here is an episode where we beat you about the head with it in order to further your understanding

Cindee: hahahahaha. I feel like their answer in this one actually made some sense though? It’s been a while admittedly…

Martha: Yeah, and there was some initial intrigue! I felt the plot was fairly obvious once it got going but it was interesting

Cindee: ok, but, we also have to talk about the Just Say No talk

Martha: AHAHAH Wesley couldn’t possibly understand why ANYONE would ever take drugs!!!

Cindee: and then all the adults gathered around and told him to just say no

Cindee: Did you have ‘just say no’ over there?

Martha: I think so. Or it made its way over… I have a vivid recollection of a song…

Cindee: It was big in the 80s here. Every first lady has a “thing” and it was Nancy Reagan’s.

Cindee: “create an outspoken intolerance for drug use”
“be unyielding and inflexible in your oposition to drugs”

Martha: This is the song I remember haha. Its from Grange Hill which is like a school drama.

Cindee: and 30 years later, we’ve put basically everyone in prison… but I digress.

Martha: It was a very ‘drugs are bad kids’ episode. But Picard is quite happy for everyone to have the drugs

Cindee: Also, side note, do you know what Melania’s “thing” is

Martha: Oh that was it, I knew it was the most hypocritical thing on Earth.

Cindee: Yup… anyways, other than the just say no chat, I actually don’t remember a lot of nitpicks of this episode

Martha: And Picard apparently now likes it, though at least we have a proper explanation about it

Cindee: They frequently clash on it

Martha: There was a good Picard speech I think, about not imposing Earth’s sensibilities on people. He’s frequently gone against it (The prime directive) however it was at least consistently applied this episode

Martha: At the last minute though… after giving them lots of information which was a bit cruel, albeit to a potential good ‘end’

Cindee: This may actually be the point where Picard finally gets consistent with the prime directive, for better or for worse

Martha: Okay! So, the transporter

Martha: The fact that it medically checks people was indeed brought up properly this episode (I don’t think they have before…)

Cindee: Yes, it is magical

Martha: BUT I feel it also implied it had some curing properties?!

Martha: So how are there any diseases. Just beam them about a bit

Cindee: lol, well lemme think this through. So I think that it filters out things it knows about, so, it could filter out like strep throat maybe, but not some unknown disease

Martha: Okay. I’ll allow it. But again, the enterprise security sucks. They beam aboard ‘cargo’ And they’re like ‘cool, put it in the hold.’ IT COULD BE ANYTHING

Cindee: Well the transporters would know if it was a weapon or bomb or whatever. MAGIC

Martha: Okay. They let the ELECTRIC HANDS GUYS just have free reign of the ship AS ALWAYS

Cindee: Ok, so what exactly is it that you want them to do with guests? Throw them in the brig?

Cindee: Who are you, Trump?

Martha: Cos so far most people have been evil!

Martha: LMAO. But Cindee. In Star Trek they literally are! Name someone good whose been brought aboard so far.

Martha: He is crew he doesn’t count!!

Martha: They brought that creepy talking head box, so no.

Martha: The bynars ended up being fine but it could have gone way worse!

Cindee: Right, well, the bynars probably wouldn’t have tried sneaking across the border if the asylum process weren’t so fucked up!

Martha: They seemed to be indentured servants to be honest. I bet they only paid them one wage between them!

Cindee: Anywho, the people they gave free reign to were just druggies, so whatevs.

Cindee: Oooh right I forgot about the electric thing

Martha: Everyone did. Even the writers

Martha: Just say no to the prime directive

Cindee: Well you want the ship to be a police state it seems! Shall they hire a corporation to run the brig while they’re at it?

Martha: I just want Wesley to be safe!!

Martha: Lmfao. She says ‘Tension on the ship is rising’ and that’s about it. For the whole episode, also, the cargo anxiety. She’s so useless. How she’s like a lieutenant commander I don’t know…