Martha: Ze end of ze universe! She had a French accent!

Martha: Sorry “French” Okay so I’ll go out on a limb and say this was the best episode so far?

Cindee: I hadn’t thought about it that way, I suppose it is.

Martha: However, it’s certainly not without things to discuss! First of all, in Naked Now the chief engineer was a woman. Now it’s a guy? Where has she gone?! It’s not even the deputy from Naked Now.

Cindee: In season 1, they change chief engineers like every 5 minutes. It’s kinda weird there isn’t a chief engineer among the main cast.

Martha: On a side note Wesley’s jumpers are a genuine delight. I hope there’s someone making them out there because I want them all. Cindee: There is a  particular one that ThinkGeek.com has made several items to look like

Martha: Fantastic, I would wear them all.

Martha: So Wesley, or ‘the boy’ as he is mostly referred to. They seem to be setting him up as some child genius

Cindee: Really, what tipped you off?

Martha: Hah! He also gets the brunt of the random Picard angry outbursts this episode
“move!” “Don’t interrupt me!” “What is the boy doing here?!”

Martha: Being the only character to actually know what’s going on, that’s what!

Martha: It makes me question the Star Fleet training!

Cindee: Like, it is meaningless or something? Cause this stupid boy can do all the things?

Martha: Well he’s the only one! So it’s both unnecessary and not fit for purpose

Cindee: Really he’s only an engineering genius, at the academy they have other topics.

Martha: Yet again Star fleet isn’t really following its own laws and is quite happy to kill an unknown alien to help themselves Which they have no knowledge of its physiology but can revive it at will whenever needed

Cindee: See, it’s Dr. Crusher who is the genius!

Martha:That’s where Wesley gets it from!

Cindee: I don’t remember them killing anyone this episode.

Martha: The time travel being, who says space and time and distance don’t exist, hey didn’t kill him. He was dying anyway or whatever, I get that
BUT THEY DIDNT KNOW THAT. They’re warned repeatedly that he won’t last.

Martha: No I think he’s fazed off somewhere else.

Cindee: Well that’s not the same as dead at all

Martha: My point is they don’t know this. They even say ‘better get what you need fast’ when she revived him again. Yes they didn’t kill him but they were prepared to.

Cindee: hmmmm I don’t know about that

Martha: Don’t make me get the script, I WILL!

Cindee: hahahaha. I feel like the traveler is going to be just fineMartha: Oh I loved Worfs pet! 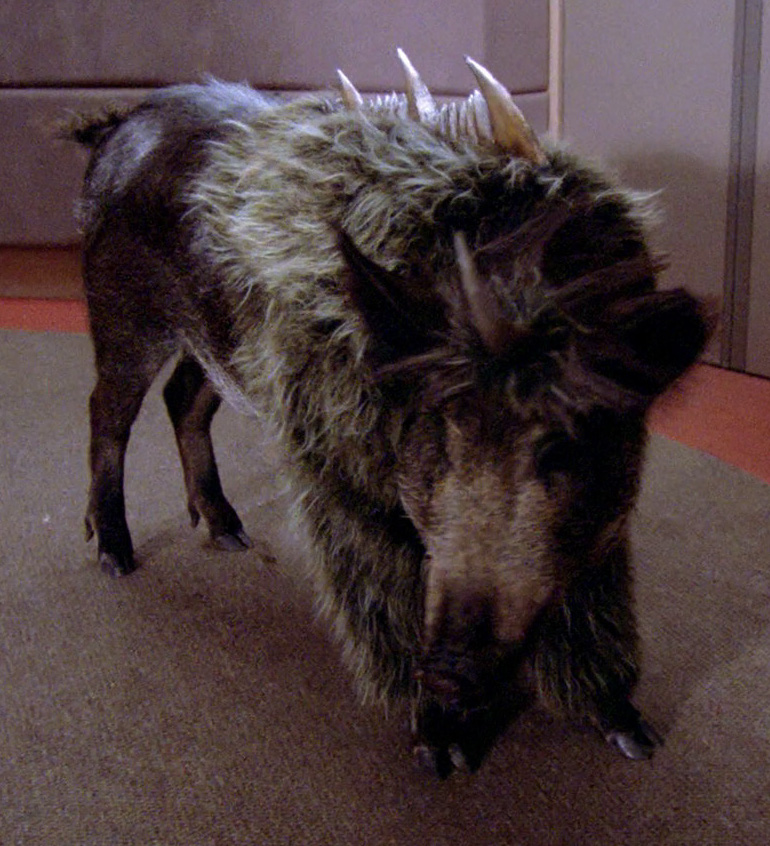 Cindee: So, you’re a targ fan. OK. Seems like a targ is about us un-cat-like as can be

Martha: Obviously
I like the idea that Worf walks around thinking about him
And Picard thinks about the ship not existing
And that other guy thinks about fire.

Cindee: I find the idea that Worf had a targ difficult to accept

Martha: Wasn’t he raised by humans…

Martha: Wikipedia, I have glanced at it

Cindee: Wait you can’t do that!

Martha: I wanted to see where he came from before you told me all Klingons are cool now. Forgive me

Cindee: WELL. Maybe you should make your blog with Wikipedia then!

Martha: That would probably be much more helpful. I’m glad you agree.

Martha: Wikipedia agrees that Picard was willing to sacrifice the traveller…

Cindee: No it doesn’t.Marha: It can do in a minute…

Martha: Okay I enjoyed the terrible jokes
‘Shall we call Dr Crusher?’
‘Why? IS SOMEONE ILL?!?’
Chortle

Cindee: I can’t remember, did anyone die in this episode? Like, actually die, not fade away

Martha: I feel on the whole this was a good non problematic episode. However
There was a man in a miniskirt, and whilst I’d love to think ‘wow, ahead of the times here Star Trek!’ I feel that’s not the case…

Cindee: Well, I think they wanted to think that they were

Martha: By having men in miniskirts as well as ladies?

Cindee: Yes. Supposedly they were planning on making Geordi gay but then chickened out on that

Martha: Is men in skirts a thing in TOS?

Cindee: No, but being inconsistently ahead of the times sure was. ALL the women had short skirts.

Martha: In TNG are they defending TOS by saying ‘oh I’m sure some offscreen guys had skirts too!’

Martha:  Yeah I guess I’m assuming it happened as a reaction

Martha: Well I’ve already brought up Troi’s pilot outfit, so I assume other people noticed all women in TOS has little skirts

Martha: Okay. Let me go out on a limb and say that Picard, Riker, Data, Worf, La Forge, never rock the mini…

Martha: Hahaha so, forward thinking but only background characters

Cindee:  Yeah too bad they didn’t go through with it WIMPS

Martha: I’d have though the obvious 80s choice would be to have Yar be gay.
Female, short hair, good at fighting, must be gay!

Martha: 80’s Star Trek is the most heteronormative of all the Heteronorms that have ever normed this planet!
But yeah, I guess I don’t have much to say on this one! All in all a half decent sci fi episode?

Martha: Well I haven’t YOUVE SEEN WHAT IVE SEEN And it has not been good! Of the 6 I’ve seen this is the best. Like we have space/time/distance not existing being introduced. Some interaction with other vessel staff, even though he’s a douche.

Cindee: Hmmm. Yeah I think it’s okay Let me check my ranking list…
it is ranked 127

Martha: Do you have a ranking for it out of season 1 alone? Or season 1/2 alone?

Cindee: Ranked by season? What kind of a freak would do that…